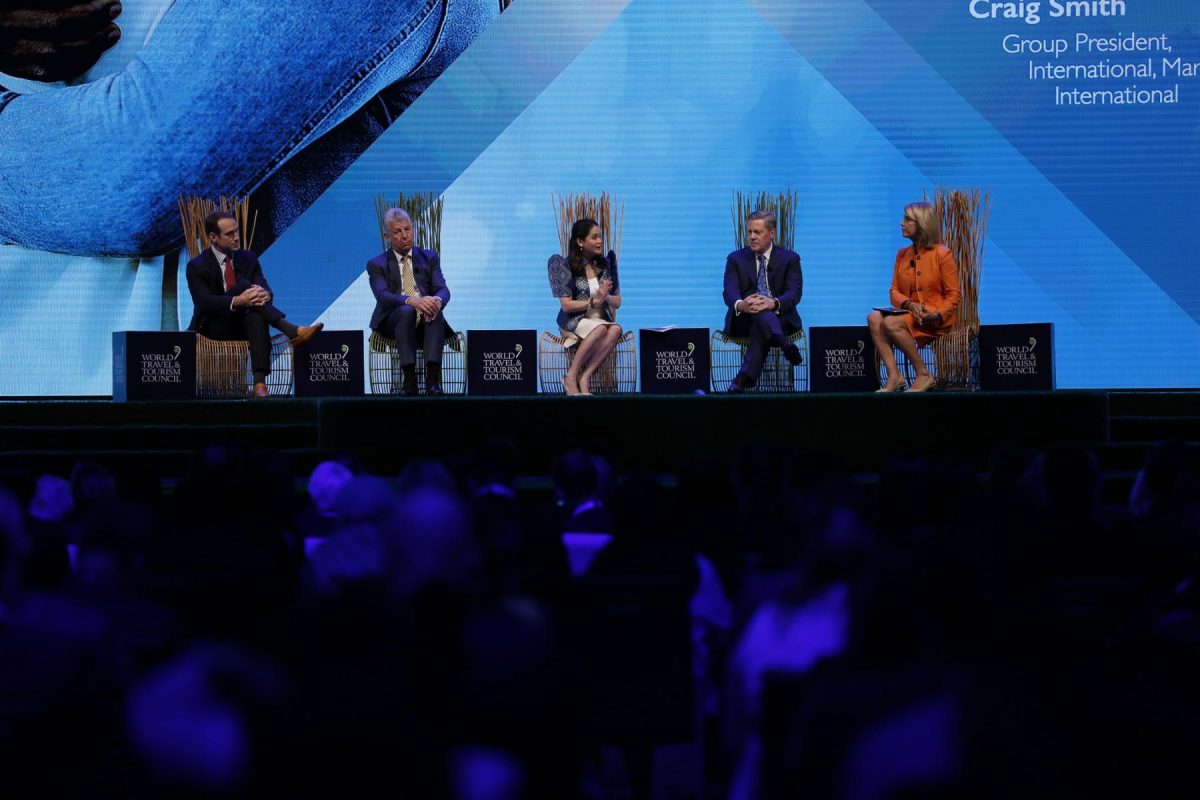 Manila, Philippines– World tourism executives and scores of delegates from across the global travel and tourism sector gather in iconic Manila for the 3-day 21st World Travel and Tourism Council (WTTC) Global Summit under the theme, “Rediscovering Travel”.

Earlier in the opening ceremony at the Manila Marriot Hotel, Tourism Secretary Bernadette Romulo-Puyat welcomed the WTTC delegates attending in person and online, saying the summit “marks the beginning of a new era” for Philippine tourism.

“Now is the time for us to revive our connections and engagement with people,” she said.

Puyat was joined on stage by WTTC Chair and Carnival Corporation CEO Arnold Donald and WTTC President and CEO Julia Simpson. On the opening day, the Philippines was lauded by the global tourism leaders attending the event on site.

“Here in Asia-Pacific, the reopening is just beginning. And I have to say I congratulate the Philippines and Minister Bernadette, a nation that showed determination and courage to reignite travel in this region,” Simpson said.

Smith shared that the sector is well on its way to recovery, sharing his surprise at how fast tourism–in the Philippines–has been bouncing back.

“I’ve never seen a recovery this fast: average rates, first time interest rates. Take the Philippines for example. We have five hotels in the Philippines and we have 15 hotels that are being opened. We want to create these jobs. And so with the help of governments like yours, we see a really bright future going forward that this collaboration is going to do,” remarked Smith.

With the country’s first-ever hosting of the WTTC summit held annually, Puyat emphasized how more communication and engagement between both the government and the private sector can accelerate recovery and sustain growth. She also noted that the Philippines has remained committed to combat the effects of the changing climate and promote green tourism.

According to the WTTC’s projection in its latest Economic Impact Report (EIR), travel and tourism in the Philippines will reach an annual growth rate of 6.7% in the next 10 years, exceeding its overall economy average growth rate of just 5.6 %. The EIR also projects that employment will grow annually by an average of 3% in the same period, generating 2.9 million new jobs that will account for 21.5% of all jobs in the Philippines. Simpson said that the latest EIR for the Philippines signals the astonishing recovery of the country’s Travel & Tourism sector.